Here are a couple of real-life examples of how European Consumer Centre Denmark has helped consumers who had been treated unfairly.

These are just two examples of how European Consumer Centre Denmark has helped consumers who had been treated unfairly.

Airline company had to give a refund

The bathing things had been packed and the Nielsen family from Esbjerg in Denmark were flying to Malaga in Spain in the summer of 2012. But when Jørgen Svejgård Nielsen arrived at the airport with his family, they discovered that their flight was delayed by 7½ hours. They did not reach their destination until the middle of the night.

GETTING HELP FROM EUROPEAN CONSUMER CENTRE DENMARK WAS A RELIEF
According to Jørgen, working with the EU’s Danish consumer centre made all the difference. "It was such a relief that European Consumer Centre Denmark took over the case. It is extremely exhausting to do battle with a large firm that does not put the interests of consumers first. The firms know the rules inside out, but this is not my field of expertise. European Consumer Centre Denmark turned out to be the sledgehammer that made a difference."

Online store had to take responsibility for defective lamp

Susie Karin Nielsen from Ørbæk in Denmark had bought a lamp from a UK store in 2013. The new lamp was installed in Susie’s home, but it turned out to have a construction error. This error made the lamp unstable, and later it short-circuited parts of the electrical installations in the house. "I contacted the supplier when the problems began, which was within the guarantee period. Suddenly the lamp worked again, but an electrician discovered that it affected the electrical installations in the house so I contacted the supplier again," she explains.
Susie was very surprised to find that the firm would neither refund the purchase sum nor send a new lamp.

EUROPEAN CONSUMER CENTRE DENMARK TOOK AFFAIR
"I did not know what my options were. The firm responded to my enquiries but refused to pay any damages whatsoever. The reply was that the lamp was no longer covered by the guarantee even though my original enquiry was sent within the guarantee period,” Susie says. She found European Consumer Centre Denmark on the internet. She phoned and spoke to an employee, who asked to see the correspondence with the supplier. Susie was also asked to send a list of expenses for the electrician and an estimate of the costs for having the lamp repaired. “European Consumer Centre Denmark accepted the case, which was great."

GOT HER MONEY BACK
Susie later received a response from European Consumer Centre Denmark. She had won the case. "I received an email saying that the supplier had to cover the costs for having the lamp repaired and refund the amount I had paid to the electrician for finding the fault. It was a super experience, super information and service," she says. 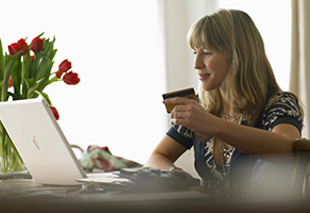 Was this page useful?